The Milstein family is led by Howard Milstein, the third generation of one of New York’s leading real estate families.

The Milstein Family exemplifies entrepreneurial stewardship passing from generation to generation. Starting with nothing but his two hands, Morris Milstein founded the Circle Floor Company in 1919. By 1960, Morris’s son, Paul Milstein, had led Circle Floor to success in the New York market, installing floors, walls, and ceilings in many of New York’s best-known landmarks including Rockefeller Center, the former World Trade Center, and the new Madison Square Garden.

Paul Milstein launched the family’s first real estate development project in the 1950s. The Milstein vision was to invest in large-scale developments that would serve to anchor and revive ailing neighborhoods. Paul, with his sons, Howard and Edward, developed a keen vision for identifying neighborhoods where they saw extraordinary potential long before most others. Today, the Milstein family owns both residential and commercial properties around the world.

In the 1980s, Howard Milstein further diversified the family’s real estate portfolio and international business holdings into banking. The initiative culminated in 1986 with the purchase of Emigrant Savings Bank. Emigrant, a retail thrift bank founded in 1850 by the Irish Emigrant Society was once the largest savings bank in the nation and is now the country’s largest privately-owned, family-run bank. Expanding on this base, the Milstein family created New York Private Bank & Trust to serve the needs of other similarly successful families.

Advisory Board – A Record of Success

With over 150 years of combined investment experience, all members of our Advisory Board have created and managed substantial personal wealth with integrity, acumen, and consistently remarkable results. NYPBT ensures accountability, transparency, and oversight of all investment opportunities. Members of our Advisory Board include: Howard Milstein, Barry Friedberg, and John Hart.

Mr. Milstein served as a member of the Investment Committee for Cornell University’s $4 billion endowments for more than 10 years, and chaired its Real Estate Sub-Committee for more than 20 years, achieving top quartile returns throughout the period and frequently achieving the #1 rating in its endowment universe. He has also guided the investments of the New York Blood Center’s $300 million endowments as Chairman of the Board.

Mr. Milstein’s other civic and philanthropic efforts include: Chairman of the American Skin Association; Trustee Emeritus and Presidential Counselor, Cornell University; and Overseer, Cornell Medical College. He is a member of the Harvard Law School Visiting Committee and of the Executive Committee of the HLS Dean’s Advisory Board.

Prior to joining Merrill Lynch, Mr. Friedberg was head of the Merger & Acquisition Group of AG Becker, which Merrill Lynch acquired in 1984.

Mr. Friedberg is a graduate of Princeton University (BA, 1962) and is a member of the Council on Foreign Relations. 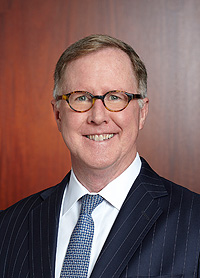 Mr. Hart is President and CEO of Sarasota Private Trust Company and is Vice Chairman of New York Private Bank & Trust Company. He also serves as a Director of the Board of Cleveland Private Trust Company. Mr. Hart has over 40 years of experience in the banking sector, primarily in Investments and Private Wealth Management. He is responsible for the Private Banking Division and the Capital Markets Division of Emigrant Bank which oversees investments in private equity funds, hedge funds, common stocks, municipal and corporate bonds, and other fixed-income instruments. Mr. Hart also oversees New York Private Finance which provides credit to finance strategic investments for private investors. Additionally, he oversees Aperture Media Partners, a specialty finance business in the film and television industry.

In civic and philanthropic activities, Mr. Hart is a Board Member of Opportunity International, a past Chairman of the Tanenbaum Center for Interreligious Understanding, the Christian Heritage School, and Hope Church. He is also currently a National Advisor to Rev. Tim Keller, an American theologian, author, and pastor.

Mr. Hart holds an MBA in Finance from Saint Joseph’s University and a B.A. in Accounting from Pennsylvania State University. 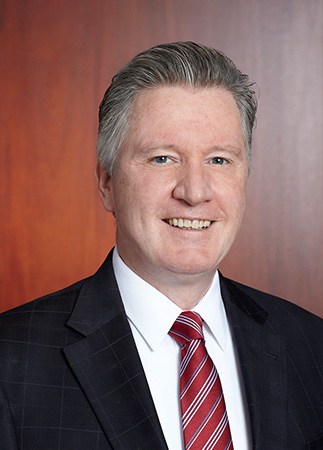 Mr. Dickson has been an executive officer of Emigrant Bank since 1988. He is a founder of the Capital Markets Division and the Bank’s Asset/Liability Committee, managing the fixed income investment portfolio and directing capital markets-related activities. He also advises separately managed accounts for foundations, endowments, trusts, and ultra-high net worth clients of the Bank’s affiliated trust companies.

For over 30 years, Mr. Dickson has been integrally involved in all of Emigrant’s key financial initiatives, ranging from debt issuance and balance sheet hedging to the highly successful U.S. Government and municipal bond trading programs. He created and managed the NYPB&T Municipal Liquidity Fund (MF-1 LP), a special purpose hedge fund designed to capitalize on unique opportunities that arose during the financial crisis. Prior to joining Emigrant Bank, he was an Investment Strategist at Mellon PSFS in Philadelphia. Mr. Dickson holds a B.S. degree from Drexel University, with a dual major in Finance and Economics, and an M.S. from the University of Pennsylvania. 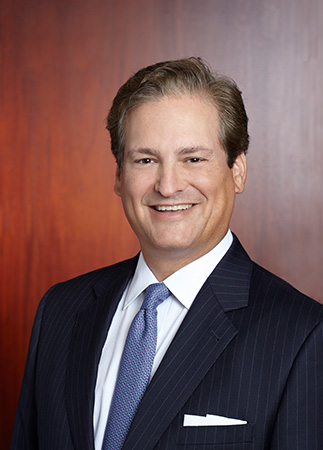 Jim Berger is a Managing Director with New York Private Bank & Trust. He is responsible for new business development for all divisions and affiliates of Emigrant Bank. Prior to joining New York Private Bank & Trust, Mr. Berger spent 23 years in the global insurance market, specializing in the entertainment industry providing insurance and completion bonds for several Academy Award® winning films.

Mr. Berger and his wife support several national charities including the Cancer Support Community, Guiding Eyes for the Blind, and the National Multiple Sclerosis Society. A graduate of Boston University, he sits on the NYC alumni board of the Questrom School of Business.

Mr. Berger lives in Manhattan with his wife and young son. He is an avid golfer and skier. 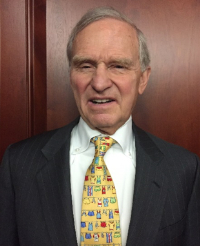 William M. (Biff) Folberth III, CFP, CFA is a Managing Director of New York Private Bank & Trust. For the past 47 years, he has been a professional in the New York City financial services industry. He spent the first 20 years of his career as an Investment Banker/Corporate Finance officer with Hornblower & Weeks-Hemphill, Noyes; Dean Witter (Reynolds), and Smith Barney Harris-Upham. For the last 27 years, he served as Senior Vice President and Investment Counselor in the Rockefeller Center Private Client Service (PCS) Office of the Los Angeles based Capital Group Companies/American Funds Group. As an Investment Counselor at Capital, he was a trusted advisor for 53 relationships for which the firm managed $800 million in 186 separate accounts.

Over the years, Biff has served as an officer of the Harvard Business School Alumni Board and the Columbia Business School Board of Overseers. He is Co-Secretary of the Class of 1966 at Yale, was Chairman of The Yale Alumni Fund, and is one of the 290 recipients of The Yale Medal, given for lifelong service to the University. He is past Treasurer of The American Foundation of the Blind and Chairman of the Advisory Board of The American Field Service, an organization through which he traveled as an exchange student to Holland in 1961. He has been Troop Committee Chairman, Eagle Scout with Bronze Palm, and Ordeal Member of the Order of The Arrow with the Boy Scouts of America. He currently serves as Argentier Emeritus of the New York Chapter of The Commanderie de Bordeaux.

Mr. Folberth received a BS from Yale University and graduate business degrees from both Columbia and Harvard Business Schools. He is a Certified Financial Planner and a Chartered Financial Analyst. 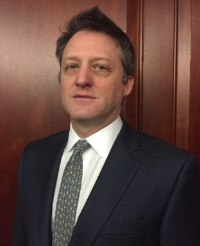 Besides his career in banking, Mr. Marcus is an entrepreneur. He was Co-Founder and Head of Sales for WorldStreet, a Fintech company acquired by Thomson Reuters, and was Co-Founder and CEO of HollerMedia Inc., a digital media company.

Mr. Marcus has served on the board of the Del Sole Foundation and is currently an Advisory Board member of A.I. Reverie and Non-Executive Chairman of HollerMedia. He holds a B.A. degree in Political Science from Boston University and is based in Palo Alto, California. 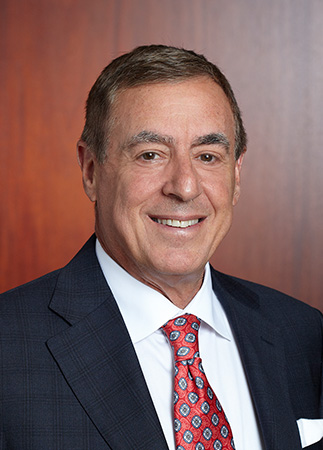 Andrew E. Randall is a Managing Director of New York Private Bank & Trust in the Cleveland office, where he is responsible for business development and relationship management. Prior to joining New York Private Bank & Trust, Mr. Randall was President of TriState Capital Bank’s Ohio operation, and before that, spent ten years as Executive Vice President & Chairman of U.S. Bank in Cleveland responsible for all business activities in Northern & Central Ohio. He is a former President of U.S. Bank’s Wisconsin operation that held $18 billion in total assets and was responsible for commercial banking activities including consumer and private banking, commercial real estate, asset, and treasury management. Mr. Randall also spent 20 years with Bank of America, working in New York, Mexico, Singapore, Hong Kong, and San Francisco. There he held various lending roles and also served as Senior Vice President and Director of Treasury Management responsible for generating annual revenues of $200 million.

Mr. Randall has a number of civic interests, which include Board Member of The Rock and Roll Hall of Fame and Museum, Board Member of Cuyahoga Community College, President of the Board of Directors for Park Synagogue, and Trustee of Cleveland Clinic. He received his M.B.A. in Finance from Syracuse University and a B.S. in Business Management from Bradley University. 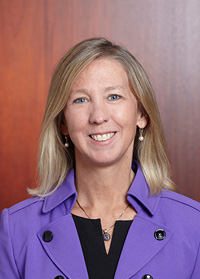 Christine Ford is a Vice President and Credit Officer at New York Private Bank & Trust. Her responsibilities include credit underwriting of new business opportunities as well as the maintenance and monitoring of the existing loan portfolio. She manages the loan review process, monitors covenant compliance and loan collateral, and is responsible for updating and maintaining bank policies and procedures.

Prior to joining NYPB&T, Ms. Ford spent over 25 years in the banking and financial services industry, primarily in Wealth Management and Private Banking. As a lending officer, much of her focus was on mortgage lending to Private Banking clients. She has worked at BNY Mellon, Wells Fargo, and Chase Manhattan Bank. Ms. Ford is a graduate of the College of the Holy Cross in Worcester, MA with a BS in Economics. 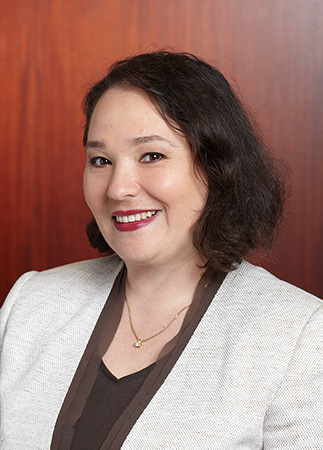 Carmen Villa is a Vice President and Director of Operations at New York Private Bank & Trust. Ms. Villa manages the client services and operations team that oversees all client activity. Her duties include client onboarding and due diligence, regulatory compliance, and supervision of daily account activity to ensure optimal client satisfaction. Prior to joining the Bank in 2006, Ms. Villa was a custody officer at The Bank of New York where she was responsible for overseeing $740 million in client account assets. She began her career at JP Morgan Chase in 1994 and spent seven years as a custody and banking officer in the Wealth Management Division. Ms. Villa holds a B.S. degree in Material Science & Metallurgy from Polytechnic Institute in Bucharest, Romania.

How Can We Help You?

We welcome the opportunity to speak with you. Please call our office or send us an email.